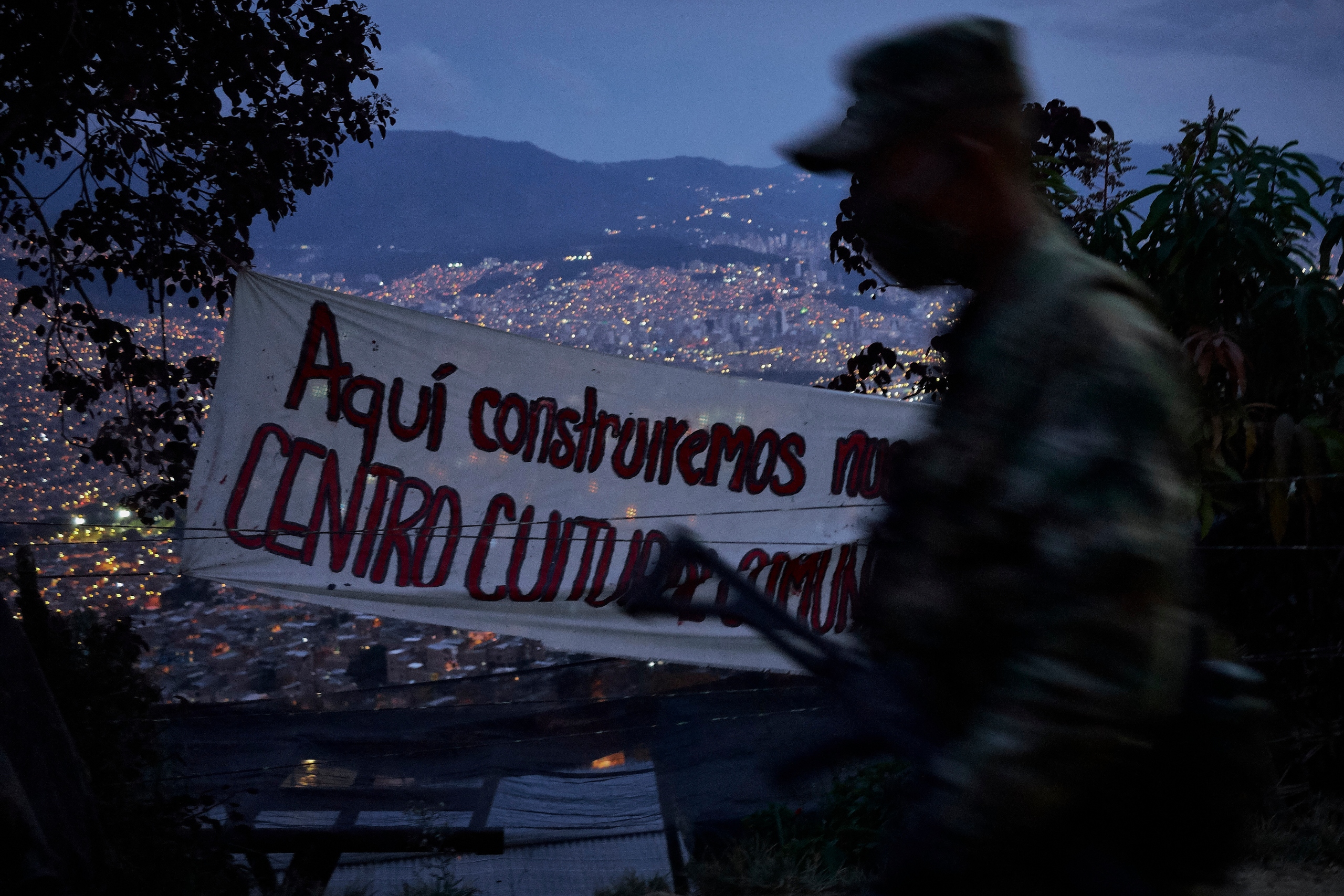 When God promised Abraham a land of milk and honey, he did not know that his words would seal a promise that would journey across the world. That God from another place was unaware that his message would motivate families who had been stripped of their future to cross deserts until they arrived at the promised land

When God promised Abraham a land of milk and honey, he did not know that his words would seal a promise that would journey across the world. That God from another place was unaware that his message would motivate families who had been stripped of their future to cross deserts until they arrived at the promised land.

A city that was erected to praise God exists on that side of the world. But here on this side, a territory converted by its inhabitants from a place of passage into a permanent home persists in its own way. Their New Jerusalem is a place that shelters all those who arrive. Displaced, they are looking for the divine promise to be kept.

Lina, who everyone knows as Lola, lives here, in between the wooden houses that have been built throughout time. Nearly 30,000 people reside in her neighborhood. Like her, they arrived one day to never leave. At first, everyone who worked received a plot on this land that belonged to everyone and no one. But it was always managed by a settler who had arrived before everyone and had parceled the mountain.

Selling empanadas, digging to prepare the land, helping to build a house. Each person had to make do to obtain a place that felt their own. In the midst of the legal infringements that comes from the territorial dispute in what, according to Colombia Informa, is the third biggest settlement in the country, this land North of Medellín, in the municipality of Bello, and located between the precincts of the Mental Hospital of Antioquia and other nearby farms, had to learn that the absence of the state meant the presence of its own inhabitants, with their skills, their urgencies, and their imperative need to prevail.

Lola, along with her neighbours, understood that the state would take too long to arrive. Meanwhile, anything that did not have to be built with their own hands would never cease to be more than a dream. Because of this, for the neighbourhood to exist, the bonds that bring families together beyond just land had to grow: those which tell them they deserve clean water and electricity, that no one should be in need of anything, that a plate of food is essential for everyone, and that, at the end of the day, you have a right to the city, to culture, to leisure. They are the same bonds that have, time and time again, rebuilt the homes that are lost when tragedy strikes. Because that is the risk of living in a place where government administrations do not tend to their responsibilities. The rain brings down houses. Their belongings are burned in fires because of the living conditions. Violence takes away their achievements.
In this promised land, everything that exists has the work of its people behind it. For Lola, a young social leader that promotes initiatives like Metámosle mano al barrio (Lend a hand to the neighborhood), everything the infrastructure shows —from the elder’s houses and the cemented roads that connect each street, to their efforts to have schools and cultural initiatives that have been the result of hours of work, community roundtables, and joint efforts— has needed the hands of those who decide to do something for themselves and others.

Every aspect of life that is taken for granted in other places in the city, requires New Jerusalem to mobilize its networks of solidarity. These allow vegetables that someone brings at a more affordable price  to get from the La Paz sector to the furthest house in the area, or for the last elder to finally have electricity after years of living in darkness, to have a film festival or convites: a communal feast. This is how Lola asserts that, just like the forms of oppression that favor conditions of vulnerability organize, the forms of resistance must organize too. And life in community is her way to do this.

That is why everyday of convite, for example, is an exercise in coming together. Each person who participates brings their tools. At the same time, the community pot is set up as a way to share not only work, but also food, to achieve something that is for everyone or for those who need it, but together.

There is not much difference between South America’s New Jerusalem and the paradise that God promised. While on that side of the world it is the sacred land of three religions in a constant struggle for power, here it is an administrative battle of those who refuse to let their budget standardize human dignity. There are no great temples to have a meeting with God, but each day becomes a prayer for someone to recognise that the land taken away from the campesinos has to be replaced. In the end, as if it wasn’t enough, these two places, which were once created to provide a roof over the heads of those who needed it, suffer from the violence of those who shoot their bullets to control what happens in their corrals, to embellish themselves with the illusion of owning something, to impose their own interest over others and undo the original promise.

Over there, just like here, there are people behind the newspaper headlines. Lola, for example, does not believe in revolutions that promise great changes. But, she does believe in processes that, according to her, occur as an exercise different to those that come from accumulating capital, a system that requires accelerated production rates and ignores the challenges of transforming a community built on a common uprooting. This is why the community stops time with each effort, forgetting the promises made by others, promising themselves more feasible possibilities that make justice to their reality. 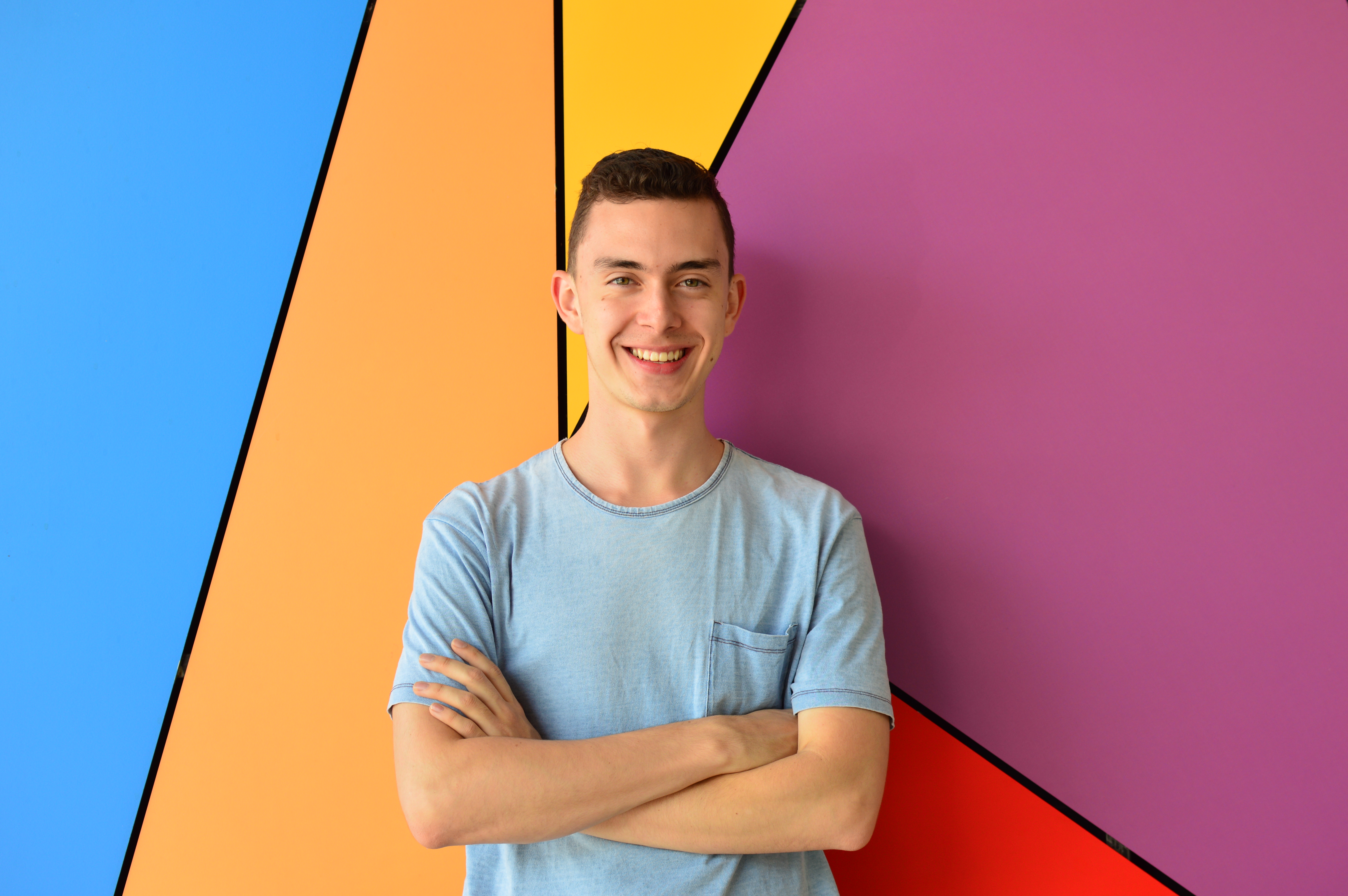