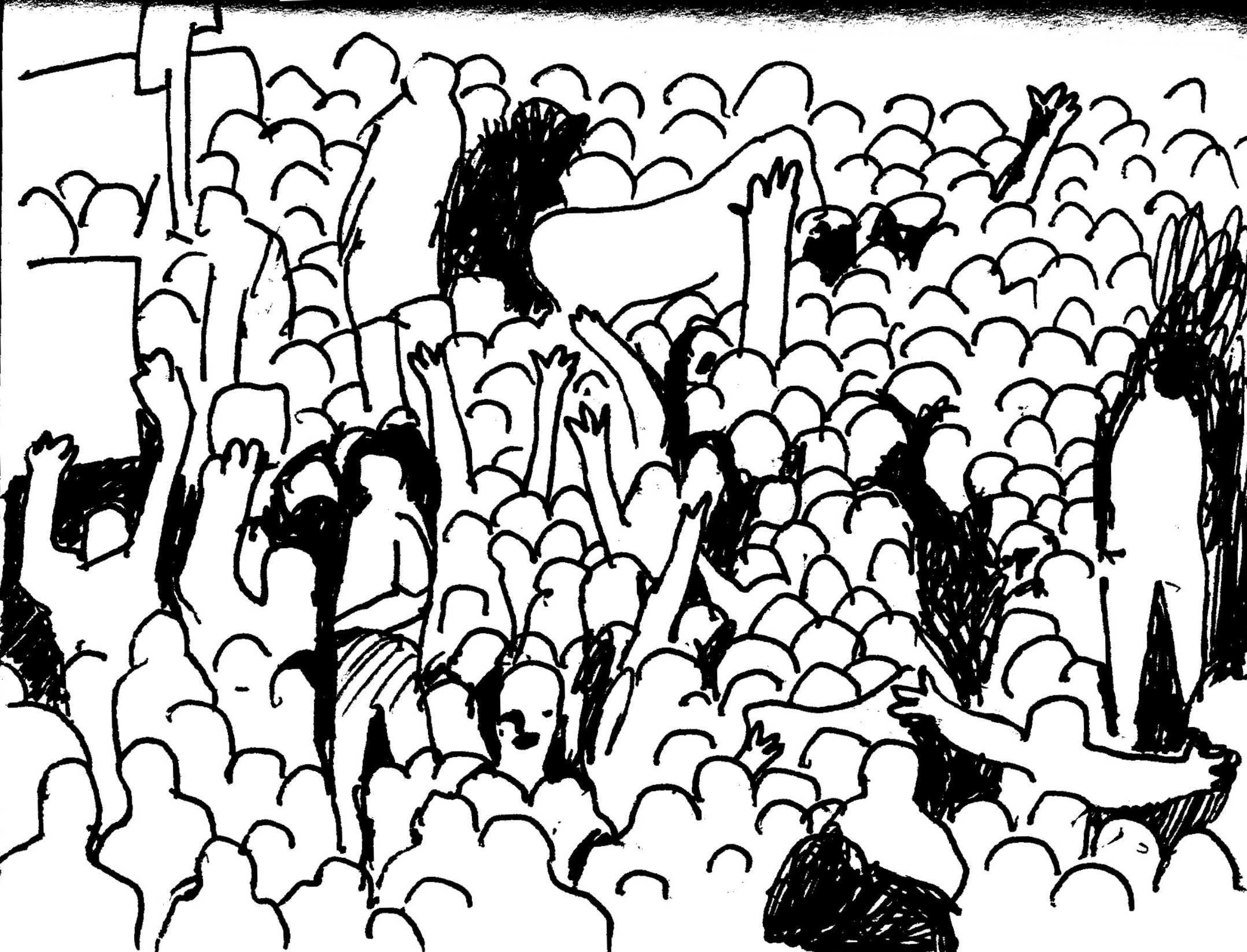 Marat’s work, which accompanies our first edition, illustrates very well a feeling that we all have when we speak of solidarity and conflict. If solidarity needs motivation, it also causes the growth of strength among the commons.

Marat Raiymkulov born in 1984 in Bishkek, Kyrgyzstan. He lives and works in Bishkek.

Marat Raiymkulov is one of the founders of the Bishkek art collective 705, which brought its modern theatrical productions to Almaty. Raiymkulov creates graphic illustrations and monumental paintings, in which fantastical characters and stories, based on everyday life, become their own kind of ornament. His work forces us to think of our lives as if it was a continuous ornament, in which different elements change, reincarnate, pass into one another, while often becoming completely absurd. Raiymkulov’s work has been presented in Kyrgyzstan, Norway, Switzerland, UAE, USA, and in Italy, included in the Central Asian Pavilion at the Venice Biennale in 2011.